"It's our life's work to express those emotions and feelings that can only be conveyed through music. It's how our spirit takes wing and soars to unfathomable, seemingly unreachable heights. I hope that our music does the same for your spirit, too." 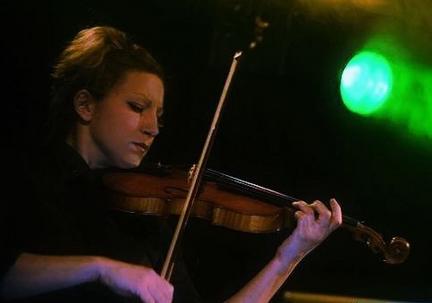 Dalila - founder and owner of the company California Magic Strings.
Dalila is an accomplished Musician and Sound Engineer. She began her music education at the age of six, studying at the Conservatory of Music San Pietro a Majella - Italy and the London Academy of Modern Music in England. She also graduated with honors from S.A.E. Institute - London with a Bachelor of Arts degree in Sound Engineering, and a Master Degree in Acoustic Engineering.
Dalila is able to combine the classical training with the modern sound of pop music. Dalila owns a Recording Studio in Los Angeles where she constantly produces soundtracks and beats to play along with her violin.
She's is also an experienced session musician, has collaborated and recorded for many Bands and Studios all over the world, including Abbey Road Studios and Metropolis Studios in London and Village Studio in Los Angeles.